In summer 2003 be. gave me an article about a small hotel in westfjords in Iceland. The text was titeld by "The maybe lonliest hotel on the world is in Iceland". For me the best reason to to spend in end of August one week in this hotel in Djúpavík. A week that changed my life ... 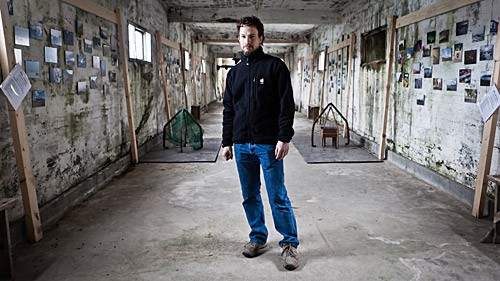 In 2004 I spend christmas in Djúpavík, and in the year 2006 two times I visited  the hotel: one week at easter, and during the summer time for about five months.

In the year 2007 I spend eight months in Iceland, seven of these in Djúpavík.

I find in Djúpavík what I miss in Germany. Of course, its not too much... It is silence, relaxing, untouched and "simple" nature, no hectic, not traffic and no overdosed stimulised satiation (?). Reducing to the essence...

The Hotel Djúpavík is run by Eva and Ásbjörn. I look up to them for their power and endurance. And their vision, to start a hotel in this remote area in 1984. Iceland was in this time not a polular travel county like it is today.

The following year I visited Iceland and Djúpavík again. I decided to stay during the winter 2008/2009 in Reykjavík and so I live at Úthlíð 4 in 105 Reykjavík in a cosy apartment since September 2008. I am working as a postman - and I am happy!

Every summer since 2009 I spend in Djúpavík, always showing exhibitions in the old herring factory.

Daily a fresh and new picture - taken in Iceland:
http://www.facebook.com/claus.in.iceland